The 2017 spring race series got off to a bang Sunday, April 2 with the Potomac River Inland 20 fleet handling race committee.

Scow dudes Tim Dickson Stew Harris, Rick Loheed and Jack Sheehan planted pins and launched the boats all day long in a NW breeze that start briskly around 7 knots but fizzled by the third race. END_OF_DOCUMENT_TOKEN_TO_BE_REPLACED 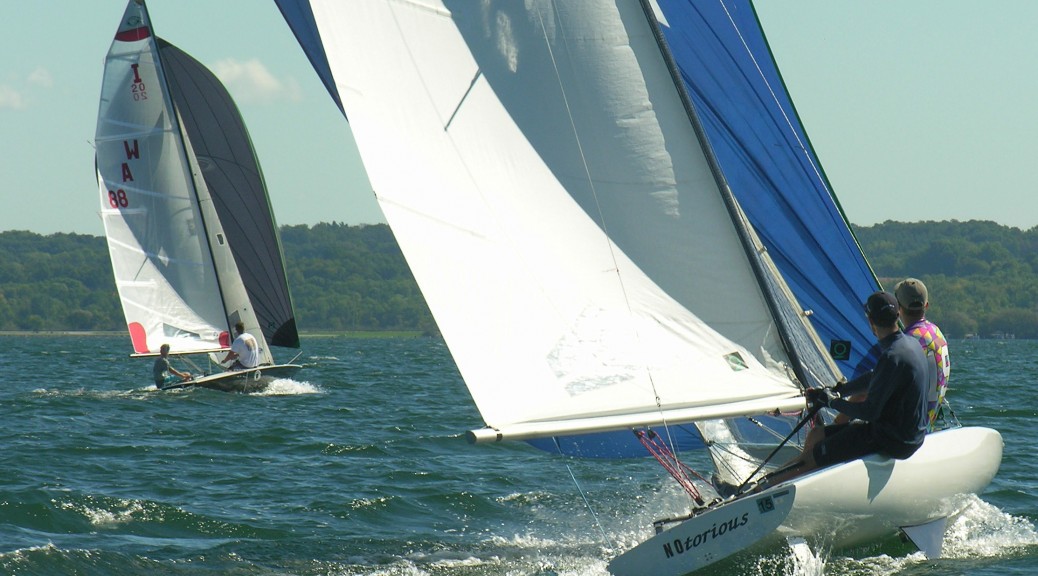 The setting was Green Lake, Wisconsin, Sept. 16-18.  Nineteen of the fastest Inland 20s vying for top honors.  Results and action are here in the video.

Check out the photos of an exciting finish as the OSP driven by Tim Dickson and his crew Carl Schaefer edge out Will Fenn and crew Kalif for second place.

It was a terrific way to end the season, with three boats competing in the final four races of 2015.   Scow veterans Stew Harris and Tripp Hook took two wins apiece in the 1985 Johnson known as “Youbetcha Buddy.” END_OF_DOCUMENT_TOKEN_TO_BE_REPLACED

Details to come, but we wanted to post these lovely photos from Lyndsay Bach!